It has recently come to my attention that I have neglected this little corner of the internet. And by that I mean Madaghan has asked me to start writing on the blog again because she really likes reading about herself.
So I will try to be the Family Scribe/ Historian once again. I just downloaded the WordPress App so there really is no excuse.

This winter sucks. There is no other way to describe it. It just plain sucks. Unless your a kid and school has been cancelled yet again. I am convinced our school district is trying to set the record for the most three day weekends- they cancel if there is a threat of sunshine. But that is a blog post for another time. Anyway, I had to take yet another vacation day to plow the neighborhood driveways…but I did get to hang out with Madaghan: 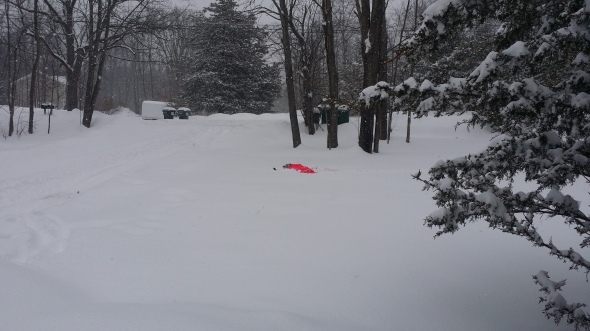 Next, run down the not yet plowed driveway. 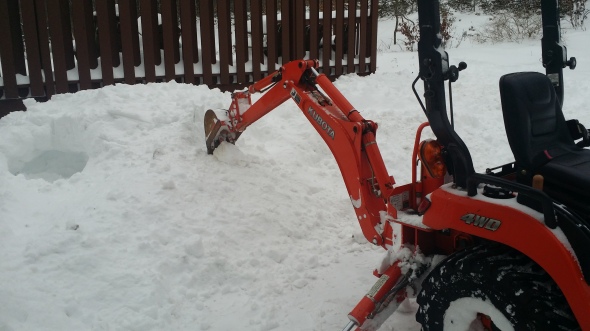 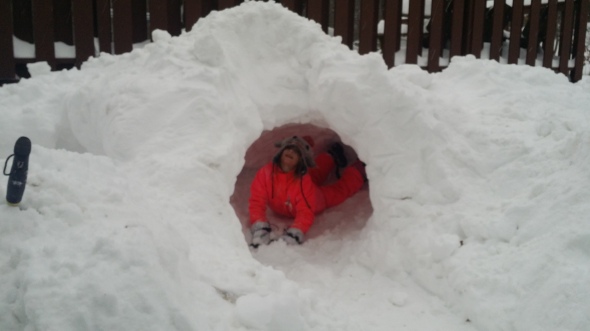 Can you add another bedroom?

How the hell am I supposed to take a shit in this?

Had a fun day with Madaghan…and with the way this winter is going, I am sure it will happen again.

On Saturday, Madaghan had yet another swim meet. But this one was different as she was swimming the treaded I.M. What the hell is I.M. you ask? It stands for Individual Medley. It is 4 laps. Lap 1 is Butterfly, Lap 2 is Backstroke, Lap 3 is BreastStroke, and Lap 4 is Freestyle. A medley of strokes if you will. She never swam this particular race before, but there is a first time for everything. And she kicked ass- she got first place in her heat and 2nd place overall. 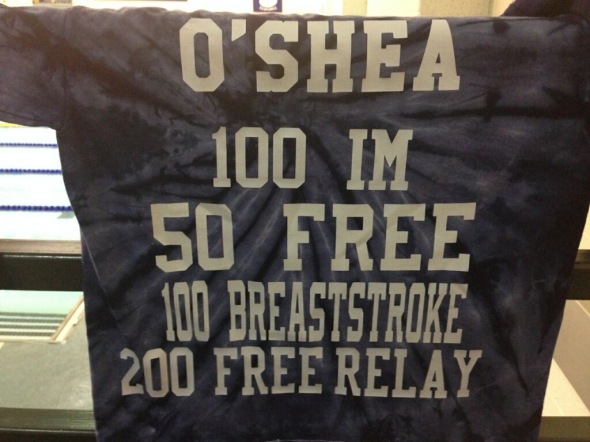 T Shirt of her events

Taking the lead in the breaststroke

Being able to swim the I.M. is a huge accomplishment- Madaghan is proving to be an all around excellent swimmer- the kind of swimmer college coaches can plug into any race and will perform well.  Not that I am hopeful or anything. 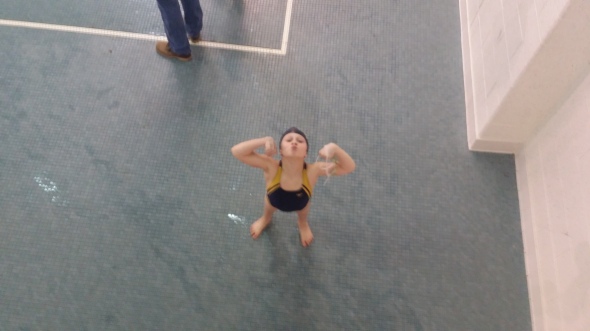 Back in October, on the weekend before our big Disney trip we headed up to a swim clinic hosted by Olympic Gold medalist swimmers. They held a clinic working on dry land excercises, starts and flip turns. Maddie took it all in and learned alot. 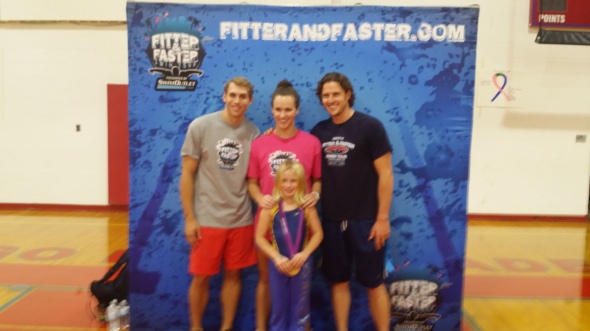 My appendix is about to burst!

The pic above is Maddie all smiles at the end of the swim clinic. However, later that night, she would climb into bed with us complaining of stomach pains- nothing unusual. Only, this time she would not stop saying “ow”…over and over again which is not like her at all. Usually with a little soothing, she goes back to sleep. She kept complaining about her stomach and finally it dawned on me…I asked Maddie to point to exactly where it hurt..and she pointed on her right side a little above her waist. “Let’s go…to the Emergency room” Off we went.

We got to the local hospital and Maddie was examined and it was confirmed it was her appendix. The on call surgeon did not feel comfortable operating on a small child and instead had Maddie transferred to the local Children’s hospital.  A thousand dollar ambulance ride later and we were in the children’s hospital: 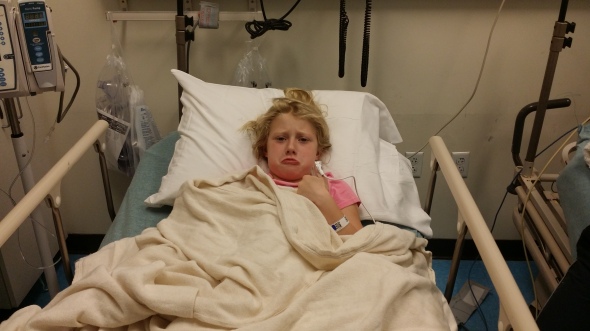 Not having any fun.

From this triage room, we met the doctor and had a very short discussion about options- there wasn’t any- the appendix had to come out. Maddie was whisked away to the operating room. Took about 2 hours or so and everything went well. Then, we were transferred to a very nice private room where Madaghan could recover. 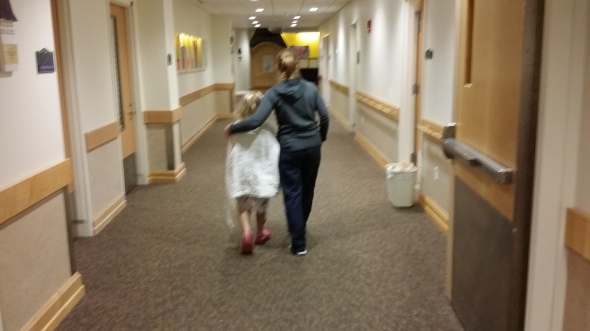 Walking around the hallways.

Big star with her name on the wall.

Her class sent her a get well pic!

Her appendix had terrible timing as we had to cancel our Disney trip. Doc said she could travel on a plane, but does not recommend going on any rides. Travel insurance came in handy once again and Disney rescheduled us no problem whatsoever.

Saturday we packed up the child, called some swim team friends and headed on out to the snow tubin’ hill. For just 10 bucks a head you get an hour and a half to hurtle yourself down a manicured hill in an inflatable tube. Or is it 15 a head? I don’t know. I am not allowed to handle money in our household. Power tools yes. Currency no.
Anyway where was I? Oh. Throwing my first born down an icy knoll in a government provided inflatble tube. Good times. 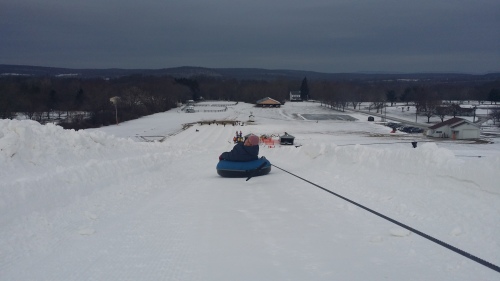 Being towed up. Screw that walkin' shit.

Seek and ye shall find….

Promote Your Page Too

BUILD YOUR OWN BAR:

Where visitors are from:

Take a look back